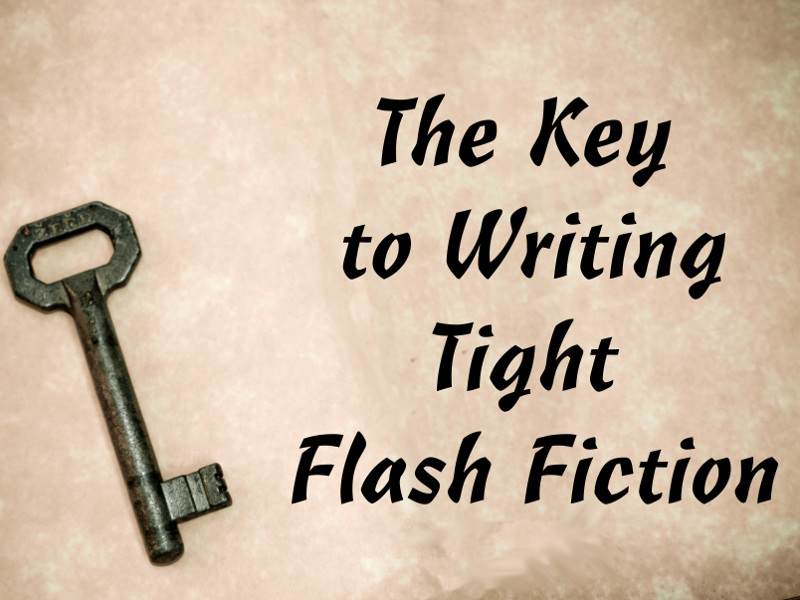 After struggling some with a flash exercise, I did a lot of thinking, reading, and analyzing about what was necessary to write good flash fiction. The key I have identified lies in starting with the character arc.

Flash fiction is a short story that is compressed into a very low word count. Guidelines vary with some considering it flash up to 1000 words and others allowing up to 1500 words. There are also extremely short microflash stories, such as twitter-length stories and the 50 word stories.

What makes flash so challenging to write is that you still need a complete story. The beginning, middle, and end are compressed, sometimes into a single moment. You still need a main character and a character arc.

Sadly, the Internet is filled with many things that claim to be flash but that do not offer the magic of a complete story painted in just a few words. Instead they offer a piece of a story, a small plotline, or a vignette. But if you don’t have a sense of a complete story contained in few words, it isn’t really flash fiction.

Because of the word count, you sacrifice a lot of depth in your characterization and world building. You often rely on generalities and roles and types that are easily recognized by your audience.

A character arc is the growth or change a character undergoes during a story. It can also be the resistance to change that is encouraged by the circumstances. For more information, read my article about the basics.

In longer works, the character usually undergoes a gradual transition. We are shown a series of events that push the character to find strengths, reveal weaknesses, or undergo some sort of change or growth. But when you only have five hundred or a thousand words to work with–if that–you need to compress the arc.

But how do you do that in microflash?

When we compress the beginning of the arc and the end of the arc and strip it bare down to the most essential essence of character change, we are left with a transitional moment. This is what the best flash fiction pieces are made of. The moment when a character goes from one state to another. The short period of time where a character’s life is changed in some subtle but essential way.

I am certain someone will find an effective, quality piece of flash that varies from my recommendations here. That’s okay. I’m not trying to be exhaustive. I am trying to identify a tool to help writers like me find a way to write short, complete, effective stories within the confines of a tight word count.

My recommendation is to simplify your character arc (which mandates a character not counted in these three items) down to three elements: a trigger, a change, and a doorway.

A trigger is the event, other character, or whatever that sets off the change in your main character. It is the catalyst of your transitional moment.

A change is the growth, change, or refusal to change experienced by your character. Remember that the most compelling characters have agency. They are not shuffled about by outside forces, but have an active role in their future. They choose to change. This means that getting sick, dying, or moving elsewhere because of some force beyond the character’s control is not effective as a change. Instead that event can be the trigger to some change in the character.

A doorway is my trick for picturing the ending. The length is too tight for showing a happily-ever-after or miserable-ever-after ending. We need to tighten it down to opening the door to a new life–a new future. The reader doesn’t have to know everything about what that future will be. But the need a clue as to what door the character is choosing to step through.

The shorter the word count, the more subtle and simple your transition needs to be. If allowed more words, you can increase the complexity and the description in each phase of the transitional moment. For longer stories, you go beyond that split second when the character chooses to change or grow and have a more gradual transition or a try-fail cycle.

The creativity lies in how you show your transitional moment, not in making it complicated and confusing. You have to trust your reader to fill in the blanks, but you need to paint enough of a picture that they can see what is happening.

Try taking some of the stories you’ve written before and summarize the character arc of your main character. If you don’t have one, you’ve already found a weakness in your writing.

Then take your character arc and see if you can strip it bare down to a single transitional moment through which your character becomes something different. See how few words you can use to capture that transitional moment. Share that tightened moment with your favorite peer review group to see if you managed to capture a story in few words and if you can tighten it more or need to add more before your reader can feel satisfied that you have a full story in few words.

Also spend some time reading short fiction from others. First read it without analyzing it. How do you feel about it? Does it feel like a whole story? Then try to analyze it and identify the character arc. Compare the resulting arc–or lack of it–to your initial reactions to the story.

[An earlier revision of this article was previously posted to my Steem blog.]

3 Replies to “The Key to Writing Tight Flash Fiction”