Missing Lies by Chris Collett is a new release from Joffe Books. 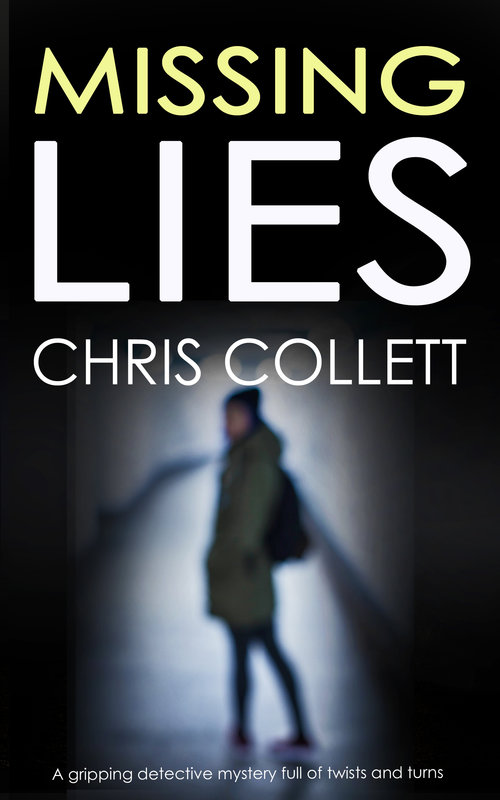 This book actually managed to surprise me on who did it, which doesn’t happen often. I had, however, figured out the where well in advance. They had a very blatant clue to it also but didn’t follow through.

Missing Lies turns out to be a later volume in a series, but reading it cold was no issue at all. I wasn’t made to feel left out of the story or like there were pieces I wasn’t being told, which often happens in series of this nature.

The main character is interesting and very humanized by his personal situation. He has inherited responsibility for a very autistic man who was the brother of a former lover and has to try to incorporate providing him with stability and routine and compassion in his hectic life as a police detective.

While many readers of mysteries are satisfied with a purely plot-driven story, I at least need a main character to care about and follow. DCI Tom Mariner provides this. He’s human and humanly imperfect, but he’s struggling to do his best in some difficult situations. And he develops an awareness through his own experience of how difficult the job can be for others.

The biggest negative I see for a “regular reader” is the number of POVs included from the beginning. It is difficult initially to see how they all will come together. All those quick shifts make the opening a bit challenging initially. However, it is worth it to persevere and once you get into it a bit further, all the pieces start to fit and it all makes sense.

So if you’re a normal reader, stop here. It’s a 4 star read to me, who is pickier than average, so if it’s a genre you like, you’re probably good to go.

As a writer working to improve my craft, I notice some things normal people don’t notice that tend to make me aware that I could at least enjoy the writing slightly more than I did. The biggest one of these with this book was dialogue tags. My experience is that action beats often provide a deeper sense of characters, especially side characters.  But the writing here relied heavily on dialogue tags and some of the side characters still feel like cardboard to me, even having read all of it and even having had some scenes in their POVs.

The other thing only writers would notice is a midscene POV shift late in the book in a very busy scene. I noticed because I got a bit confused about who I was when it happened. More normal readers probably would have an easier time going with the flow and not think about it twice.

Beyond those few concerns, the book was well written and edited, had an exciting plot line, and had interesting characters. I’m sure someone who had read more of the series would have more attachment to the side characters than I was able to develop within these pages, but I was never left feeling left out or behind.

Definitely worth recommending to readers who enjoy a good mystery puzzle like I do.

Note: I did not purchase this book, but chose to download it from NetGalley with the intention of reviewing it.